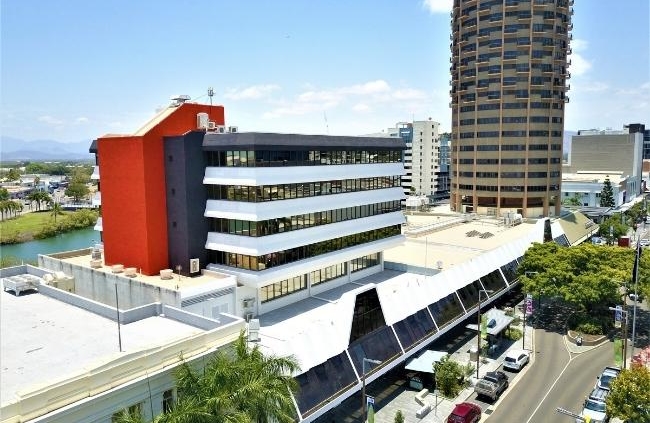 In Northtown’s place once stood the Town Hall and market Reserve Buildings, then housing the council chambers on the first floor and retail on the ground level, as well as The Theatre Royal, and the Market Reserve Hotel (later Central Hotel).

The site claims the famed first raising of the Australian Flag in the nation as the Governor General was visiting the area at the time of the voting of the flag. Local Flag maker William Mackenzie quickly made a replica to capitalize the opportunity at the Town Hall on Flinders St in 1901.

78 years later, his grandson Mal McKenzie would be the foreman of the shopping centre development in 1979 which boasted 56 specialty shops, a “coffee shop where weary shoppers can enjoy a snack while looking down on the pedestrian mall” and an “interesting food situation where operators won’t serve just ordinary sandwiches but international types of meals so shoppers will be able to have a nice, economical meal in pleasant surroundings”. The centre thrived for a great portion of the eighties and nineties.

Now home to a variety of tenancies like office spaces, retail, cafes & restaurants with a great mix of tenants including the Townsville City Council.

Townsville City Library has been a feature destination for locals since 2003 and covers the bulk of Level 1 at Northtown along with the Townsville Chamber of Commerce and other City Council offices. The library runs a large range of community programs, competitions and activities for Children, Young Adults, Schools, Adults, Seniors and other community groups. The Flinders St library is also home to the “Local Collection Room”, an extensive resource for discovering the rich history of Townsville and its surrounds.

Northtown Medical has had its home at Northtown since 2006 and offers the full range of medical services by male and female doctors from skin checks to emergency treatments, women’s health to employment medical checks and more. The clinic is also home to a Sullivan Nicolaides Pathology Collection Centre.

“The most modern shopping complex ever seen in North Queensland”